In some cities, it is relatively easy to get around without the use of a personal vehicle. In others, it is very difficult. Let’s look at the factors that cause car dependence (and independence), and which cities are the best and worst at limiting the need for you to get in your car to go anywhere within their boundaries.

The United States has a unique relationship to the car

The United States of America is a very large country. From its founding more than 200 years ago, its history has been guided by the drive to expand, and to populate the country from coast to coast. Car ownership has been attainable for the average U.S. citizen for over a century, helped by installment loans for purchasing vehicles. Automobile fuels have always been lightly taxed here, and this has promoted the development of larger, more powerful cars that could cover long distances in comfort.

As the United States developed, the automobile’s popularity was a major influence. Cities grew larger by sprawling in all directions, with new roads built to connect them. Later came the Interstate Highway System, providing the nation with a network of wide, high-speed arteries to carry people and goods efficiently in every direction. The automobile became the default transportation choice, with most people using their cars for even very short trips of less than a mile. Why walk when you can drive?

As more and more people lived farther from the city and town centers, commercial venues were built in the suburbs. Shopping centers and malls grew in importance, each with huge parking lots to accommodate their shoppers. Without a car, it was difficult to access these places.

Widespread vehicle ownership, combined with an extensive highway system and low fuel prices, made it easy to live a long distance from where you worked. The term “commuter” was coined. Increasing numbers of people chose to live in less densely settled and more affordable places, while driving to their workplaces in more built-up areas. Traffic congestion followed, adding “traffic jam” and “long commute” to our vocabularies. With a total of 250 million cars on our roads, most cities have been adversely affected by this state of affairs. What can be done about our severe case of car dependence?

What are the downsides of car dependence?

In addition to all that time wasted in traffic driving to and from work, there are other factors and costs to consider, including:

Some cities have been able to become less dependent on cars

Residents of some American cities have been able to move around easily without the need for a personal vehicle. Most of these cities are extremely dense, were well-developed before the creation of the automobile, and have had well-thought out mass transit systems built into them. These cities have made it possible to easily move around by using trains, subways, and buses. Travelling within these cities does not require you to get into your car. The top ten cities with the largest number of transit commuters are:

Some cities have been unable to become less dependent on cars

There are many cities in the USA that were created and have grown significantly during the Age of the Automobile. The presence of cars dictated how these cities were designed, and how they evolved. Places like these have sprawled across their local landscapes, making it difficult (and expensive) to add mass transit systems that can practically and cost-effectively serve them. These are the places that are most dependent on cars. They also have the lowest numbers of households without any vehicles. Here are ten of the top larger cities in this category:

San Diego, California – 6.5% of Households do not have a car.

Charleston, South Carolina – 7.7% of Households do not have a car.

Albuquerque, New Mexico 7.7% of Households do not have a car.

Boulder, Colorado 7.7% of Households do not have a car.

Houston, Texas 8.2% of Households do not have a car.

Phoenix, Arizona 8.7% of Households do not have a car.

Orlando, Florida 8.8% of Households do not have a car.

Dallas, Texas 9.7% of Households do not have a car.

Los Angeles, California 12.1% of Households do not have a car.

Los Angeles gets to be on both lists as a city that has always been car dependent, but in the 90’s started enhancing its public transit to draw more people away from the freeways.

There are a number of strategies that cities can use to reduce their dependence on the automobile, and to reduce the ill effects of all that vehicle traffic. Some are aimed at reducing the numbers of cars that drive into and within the cities:

Others are focused on encouraging more people to live in the cities instead of commuting:

Only time will tell how well these measures will reduce the car dependence of the many cities across the USA. It has taken more than one hundred years of living with the automobile to get us to this point, so any changes to the present state of affairs will take time, money, and a serious change in people’s attitudes toward their cars. If you really want to dig in on driving statistics by-city in the United States, checkout this comprehensive report from CityLab. 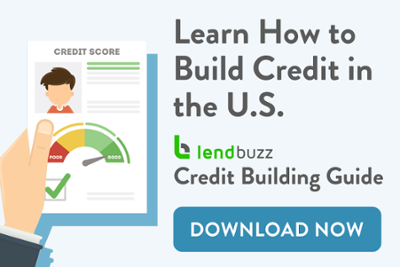 Unique Rules of the Road: Massachusetts

The Pros and Cons of Electric Vehicles
Scroll to top